I dont know why this guy blocks me.

He answered my question then I found out he blocked me. Some people from Ep are soo weird. Seriously, like you make me happier on here? I don’t even notice you exist. They either ignore me or block like they have anything to offer. They are nothing but boring individuals that make this site more gloomy. lol 😂😂😂😂 THE weird issue is I never fought with these people. Please, I don’t need to see you on this site anyway because you’re not my type. I like people that are kind and fun to interact with. The EP members that I loved either didn’t join SW or left long ago when it first started.

antonioioio · 61-69, M
I'm an x EP member and I was never blocked on EP And I was twice blocked on SW
Actually I was gone off SW for a few years and only came back lately and extreemnext told me that I had a small weaner and I told her that she should be called a dickhead and she had me blocked
People who block you are people who disagree with your opinion or don't like you and it dose not matter where they come from and the ones that like you are the only ones that matter
+ 1

antonioioio · 61-69, M
[@1230725,CallmeDestiny] Actually their was more to it than that. She said it was limp not small and my reply was a lot longer, you only heard the end of it, what she should be called,
I knew that I had her at boiling point when she replied saying. No one has never called me a dickhead before and then blocked me
I have never blocked anyone no matter what because i am able to stand up for myself
I also under stand why nice gentle people like you need the blocking tool
Actually SW should have a way for members to find out the amount of times someone has being blocked
+ 1

CosmicWildflower
I instantly feel their dark energy & that's why this place easily amps up my anxiety. But on the flip side, we have some truly beautiful souls, and those are the ones that keep me here. I'm quite certain you were the one to post about the resident SW "savior"... and if so, you're another example.. because you see clearly what's around you.👀
+ 1

CallmeDestiny · F
Oh yes, they have strong dark energy that’s toxic. There’s a lady that was accusing me of being cruel to her friend and I swear when I saw her face it gave me chills down my spine. There was something about her that didn’t seem right at all and she has lots of followers but I don’t care about her. I blocked her and everyone associated with her because I do not deal with people that hate and stalk me online. Even her boyfriend popped up on one of my posts and commented something soo chilling that I was shocked and blocked him. These people need to stop using their energy making others miserable online and grow up. They are in their early 30s and it’s time to learn manners and learn how to leave people alone online. I try to block people that express bad vibes before they try to attack me and I am good at realizing if someone is a rotten apple here. We all deserve to feel comfortable on here because no one is better than anyone. They think they are better than everyone and try to manipulate. I’m happy to just have normal and kind people around me here. [@1137766,CosmicWildflower]
+ 0 · Reply · 3 days ago3 d

smiler2012 · 56-60, M
{@callmedestiny] whatever reason he had to block you why worry yourself.there are a lot more intersting people on similar worlds wanting to chat
+ 1

Bang5luts · M
I love people who block me!! It's like the trash throwing itself out to the curb! 🤨
+ 1

CallmeDestiny · F
I don’t have loads of nice Ep members on here that are my friends. It’s the opposite, I don’t have one Ep friend on here now. You don’t ignore me but I don’t know you. [@4176,RebelRebel]
+ 0 · Reply · 3 days ago3 d
83081 people following
Society Personal Stories, Advice, and Support 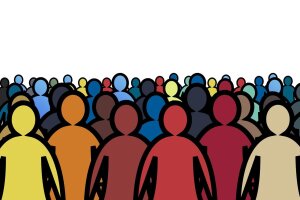