Should SW have an In Memoriam space or designation to honor the memory of those who have passed away?

Poll
Yes, that's a great idea.
Stop being so morose.
Show Results
You can only vote on one answer.
I think we should approach the SW brass and ask for a respectful nod to those SW members we have lost.

Thevy29 · 36-40, M
For the ones that have died or just left?
Cause I don't much like the idea of honouring anyone whose claim to fame is giving up.
+ 1

Passed:
verb
past tense: passed; past participle: passed
1.
move or cause to move in a specified direction.
"he passed through towns and villages"
2.
go past or across; leave behind or on one side in proceeding.
"on the way to the station she passed a cinema"
+ 1

bijouxbroussard · F
I do think that’s a good idea. Some people know posters offline and know they’ve passed away, while others of us who know them more casually (but still like them) have no way of knowing why they’re no longer here.
+ 3

pleasingyouorme · 41-45, M
All in all a good idea; I felt very saddened by the moment I heard someone from here died years ago I didn't talk with much and a space in memoriam would have let those who needed expressions out, out - and would come with actual notice instead of hearsay.
+ 2

smiler2012 · 56-60, M
{@uncalled4] yes i think that is a good suggestion . people disappear off similar worlds and we never find out to a later date they have died or if at all
+ 0 · Reply · Jul 22, 2021
19828 people following
Similar Worlds Suggestions A place for members to give suggestions for Similar Worlds. 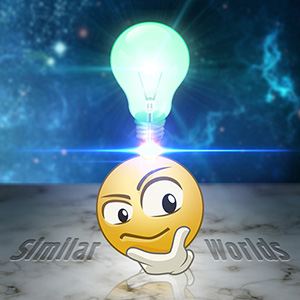