[b] Joe Biden’s lawyers discovered more classified material at his Wilmington, Delaware, home than previously announced, the White House said Saturday — deepening a crisis that threatens to sap any political momentum for the president.[/b] 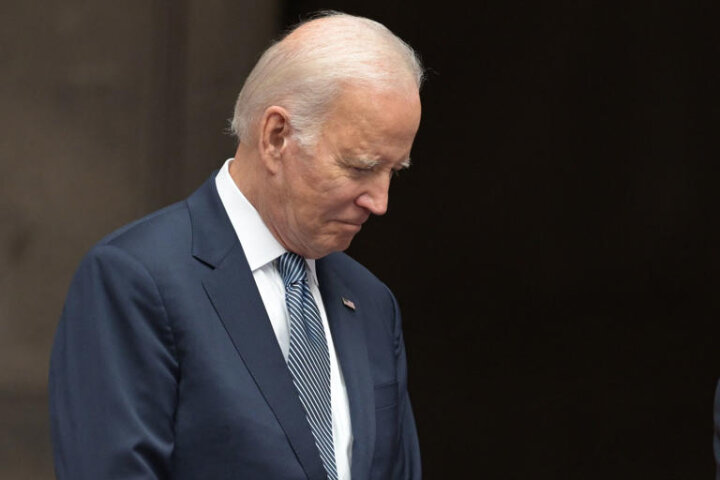 [b][b]Five additional pages of classified documents were found this week during a search of a room adjacent to Biden’s garage, bringing the total to six, White House attorney Richard Sauber said in a statement.

Two days ago, Sauber said just one page was found in that room and that Biden’s lawyers had “completed” their review of classified materials from his vice presidency discovered at locations connected to him.

The latest announcement will further fuel the controversy over Biden’s handling of sensitive government information and the White House’s decision to conceal the discoveries of the documents from the public for months. The president and his aides face a political crisis ahead of the expected launch of his 2024 re-election campaign, as well as potential legal jeopardy as a special counsel led by a Donald Trump-appointed prosecutor investigates the matter.[/b][/b]

soar2newhighs
@Bill1372 He’s got himself in a mess. I never said he disputed it or anything else. I commented on the dems reaction as another poster stated.
+ 0 · Reply · Jan 18, 2023
Translate

RuyLopez · 56-60, M
What a complete cluster! But it’s different and not as bad as Trump because Biden had no clue he had classified documents strewn haphazardly around his offices and properties. Biden’s ‘I’m just that stupid’ defense is only even remotely viable because it is Biden! What an idiot.
+ 3

Bill1372 · 51-55, M
Biden is the biggest clown ever to hold the office. Truly embarrassing. The just mispronounced his VP’s name in front of a mic- a place he should never be. such a buffoon
+ 3 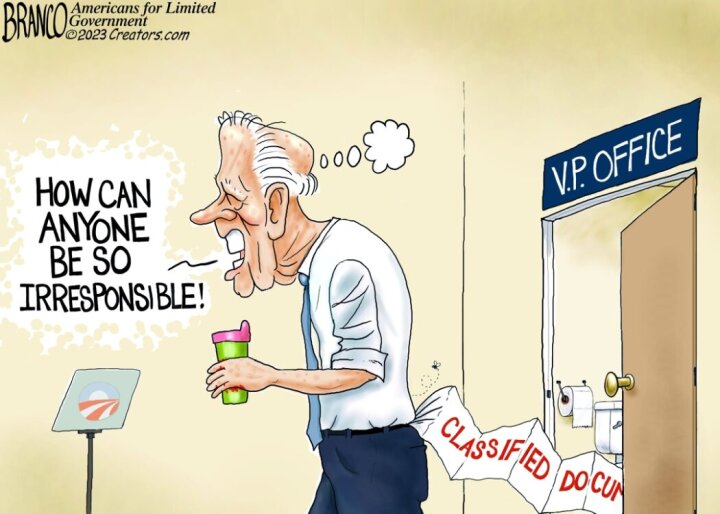 TheOneyouwerewarnedabout · 41-45, M
@soar2newhighs I think it’s joes classified documents that gave them the idea to go after trump in the first place..
they thought they could convince everyone that presidents dont have declass powers.
And or.. to water down joes crimes when they eventually leaked.

It’s seemingly quiet obvious that the crooks and media rely on everyone not knowing basic civics and the constitution.

It’s a get out of jail free card.
No charges for money laundering
treachery
Foreign influence..

soar2newhighs
@TheOneyouwerewarnedabout As well, look at the imbeciles, flunkies and virtual signaling people he has in his administration and those who are the young Turks who want their way or the hi-way scenario.
They were not necessarily the ones who orchestrated this., but they might benefit from it ( him being scapegoated)
His former boss, Obama, his Chief of staff might well want to see him fall and either not run or resign or be forced out.
Politics is a dirty, underbelly hard ball game, and given Joe’s political career, he didn’t see this coming when those documents found their way to him?
BULLSHIT!!!
+ 1

TheOneyouwerewarnedabout · 41-45, M
@soar2newhighs I am astounded that the dems went to the midterms with Biden at the helm and 2 years of terrible policy.
But they did l… and only just lost the house and kept the senate…

Bill1372 · 51-55, M
What a joke that Biden’s lawyers (without the proper clearance to view the documents) are permitted to turn over the documents. No- how about FBI agents recover that property that belongs to the United States and show some respect by maintaining the proper level of security to handle these documents.
Democrats- The party of hypocrisy
+ 1

soar2newhighs
@akindheart I believed that when I heard the story break.
IMO , he was installed, but not really the Democratic party’s cup of tea. but who else was running against Trump? Ergo, rig the election, get him installed and try and take the country, using him. It failed. He was a fuck up ( remember Obama’s swipe at him) was an embarrassment to the Democrats, and wasn’t quite getting the left wing., Marxist agendas through.
His chances for a 2024 run are dashed by age, mental sharpness and great policy failure.
He had to go and not continue in. This document issue is a nail, possibly the last in his political coffin.
+ 0 · Reply · Jan 15, 2023
Translate

akindheart · 61-69, F
@soar2newhighs biden is controllable. He does whatever is asked. Thats why you see his crazy decisions. He bounces from the green new deal to gas etc. He is an embarrassment all over the world and kamala is worse
+ 0 · Reply · Jan 15, 2023
Translate

Stereoguy · 56-60, M
While the Democrats had the FBI raid Trump's house I am sure they see no problems with Biden having classified documents.
+ 2