Wow, I said it. Will it get censored? Biden "banned" the words via executive order. That's nice. Ban language you don't like. What could go wrong?

AwakeningConfession9 · 36-40
[@1149,MrBrownstone] I have no words. Either a bullshit artist or a seriously concerning form of dementia. Wasn’t he running against “George”?🤔
+ 2

Thecarpenter
I don't think it's right to call it China virus. It killed everyone including Chinese people.
+ 0 · Reply · Jan 27, 2021
View 5 more replies »

Zeusdelight · 56-60, M
[@112526,carpediem] You can't prove that is came from China. You can speculate and be racist about it, but you cannot prove it. FYI The current state of knowledge about coronavirus and its origin suggest the most likely explanation remains the most prosaic. Like other coronaviruses before, it simply spread to humans via a natural event, the starting point for many in the scientific community including the World Health Organization.
+ 0 · Reply · Jan 27, 2021

Pherick · 41-45, M
Its "banned" in government documents because its not a "china" virus. Its a virus, nothing more.

Now if they want to name it the American virus since percentage wise with population I think its killed the most people here in the US, I would be OK with that. Remind the world 100 years from now that if you act like morons and ignore science, you will pay the price.
+ 2

It's all part of the epidemiology [I know - it IS a big word!]
It comes up in discussion about diseases. Epidemiology studies among other things, the persons, place and time centering a the disease. Those things are important in learning about the virus.

So, why would we call it anything other than the China virus?
+ 3 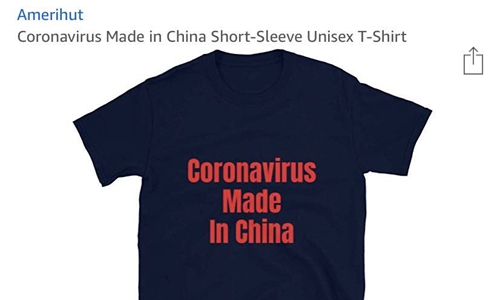