23 Wild Things That Happen to Your Body When You Have Sex Here’s proof that the human body is incredible. By Zahra Barnes

When you’re having sex, you're unwittingly reaping the benefits of your sexual response cycle. Even though you’re probably not thinking things like, "Wow, thank you, increased blood flow, for enabling more blood to rush to my vagina, resulting in mind-blowing sensations," that kind of process is part of what happens during sex to make it feel really good for you. (If sex doesn’t feel good for you, you should read about painful sex to try to understand what’s going on.)

Basically, when you’re turned on or having sex, your body and brain are lighting up like a pinball machine, going through a multitude of physiologic changes to make sex as enjoyable as possible. This process is known as the sexual response cycle. "It’s this symphony of activity," Jamil Abdur-Rahman, M.D., board-certified ob/gyn and chairman of obstetrics and gynecology at Vista East Medical Center in Waukegan, Illinois, tells SELF.

Phase 1: Desire (You start to really want sex.)
The Cleveland Clinic lists desire, or the feeling that you want to have sex, as the official start of the sexual response cycle, and for seriously good reason: It can be a huge part of getting mentally and physically ready for sex for some people. But it’s also a pretty big area of sexual science interest because of how differently it can present in men and people with penises vs. women and people with vaginas.

"In the beginning of a relationship, many women do experience spontaneous desire the way it's portrayed in the media, as couples ripping each other’s clothes off after a single sexy glance," sex therapist Ian Kerner, Ph.D., author of She Comes First, tells SELF. "But research has borne out that for many women, desire is responsive, meaning that it responds to something that comes before it, [like physical arousal]."

So, for some people with vaginas (especially when in a shiny new relationship or when getting together with a new, exciting partner), desire might set off a sexual domino effect. But for others, desire may not kick in until after the sexual stuff has commenced (consensually, of course). Even though that may not go along with the typical portrayals of desire and sex, it’s totally normal, says Kerner.

Here’s what can happen if you experience desire as the first part of your sexual response cycle, per the Cleveland Clinic. Not every person will experience all of these during the desire phase, but it’s a good general overview of the possibilities:

1. Your heart rate speeds up.

2. So does your breathing.

3. You might start to notice your skin flushing in areas like your chest and back. (This is fittingly called a “sex flush.”)

4. "Your body releases more nitric oxide,” says Dr. Abdur-Rahman. This triggers effects like increasing blood supply to various parts of your body, including your vagina and cervix, he explains, which in turn leads to a multitude of other changes.

5. First up: the phenomenon sometimes called tenting, which is when your vagina dilates. The purpose of that dilation is theoretically to make it easier for a penis to fit in there, says Dr. Abdur-Rahman, which is unsurprisingly heteronormative, given human biology’s purpose to continue the species. The good thing is that even if you’re having sex with someone who doesn’t have a penis, this can make it easier for things like fingers and sex toys to fit inside you, too. There’s also a theory that “[tenting] creates a sort of suctioning action that helps direct sperm to the cervix," Dr. Abdur-Rahman says, though that’s still up for debate.

6. Made of the same kind of erectile tissue as a penis, your clitoris has the ability to get "erect" once it begins receiving that extra blood flow. This can make it more sensitive to stimulation.

8. As do your vaginal walls. (Sensing a pattern here?)

10. Also due to that excess blood flow, your nipples may become erect and feel more sensitive. In fact, all areas of your breasts might feel more sensitive the more turned on you get, so encourage your partner to explore. "Some things that may feel uncomfortable at [the] beginning of sex, like, oh, that itches, tickles, or hurts, may actually feel really good [as you get more turned on]," says Kerner.

11. Your muscles start tensing up in the buildup to eventual orgasm and the resulting physical release.

Phase 2: Arousal (Sexual stimulation starts to feel even better.)
This is sometimes known as the plateau phase, which isn’t as boring as it sounds, we promise. Everything that was already happening before generally keeps happening, and a few new developments join in on the fun.

12. As Dr. Abdur-Rahman explains, there's increased neurological activity in certain parts of the brain that are connected with sexual enjoyment. Although this is a research area that could benefit from some more scientific exploration, it appears as though parts of your brain like the amygdala (which helps you process emotions) may be involved.

13. This is often the phase where you get swept up enough that everyday stressors are fading into the background, which is often a key part of making way for orgasm, says Kerner.

14. Your vagina is undergoing some seriously incredible changes, like your vaginal walls turning a deep purple color. That's probably hard to see (and stopping just to check it out might not be on your agenda), but the simple fact that it’s happening is pretty cool.

16. ...and those muscle contractions might lead to straight-up spasms in body parts like your hands, feet, and face.

17. Your clitoris is becoming even more sensitive than it was before. Knowing what's good for it, it retracts under your clitoral hood to avoid becoming overstimulated.

18. Your heart rate, breathing, and blood pressure hit the ceiling. Each one peaks in a way it doesn’t at any other point during sex.

19. "There's a big increase in the production of oxytocin," says Dr. Abdur-Rahman. Oxytocin is a neurotransmitter related to, no surprise, increased feelings of pleasure and bonding.

20. Your muscles are convulsing hard. From your uterus to your vagina to your feet, muscles across your body are really going all out when it comes to those spasms.

21. Depending on how your body works, you might squirt, although when it occurs, it doesn't always happen in conjunction with orgasm.

22. A sudden, intense release of tension is a major orgasm characteristic, but it’s worth noting that orgasms can feel different for different people (and even for the same people in different sexual experiences). Sometimes that release might be so strong you nearly black out, other times it might be a gentler whoosh—it just depends.

23. It’s pretty simple, really: With some time, basically everything from your heart rate to your breasts to your labia goes back to its usual color, size, and state.

While this resolution phase usually leads to a refractory period for people with penises (as in, a time when they physically can't have sex), that's not necessarily so for people with vaginas. You might be able to reach orgasm again quickly, the Cleveland Clinic explains. Time for round two? 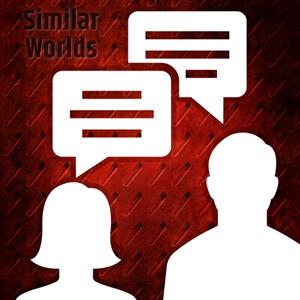