Ever made or been in a sex tape?

I have never made any because I am not very phone friendly.

But I am had a few girls who took snaps or pics during sex.

It is more common among couples. Guys seem to like watching or filming their wife or gf getting fucked.So I guess, I might be in their tapes. But I don't know. I never cared to look at their their vids and pics.

Madgirl · 26-30, F
yeah and i have to admit its weirdly sexy to see yourself getting fucked from the guys perspective
+ 3

DragonFruit · 61-69, M
I was filmed having a gay orgy with 7 other men. My then-boyfriend had the video camera, and filmed most of it...but someone else filmed when he was participating in sex scenes.
I watched the film, and found it to be a turn-on, but I don't know what happened to it after we broke up (it was his camera and his film).
I've never seen it on the internet, but it was filmed long ago...so it would have needed to be converted to another format for that.
I don't know what happened to my ex either....I don't even know if he's still alive.
+ 1

tallpowerhouseblonde · 31-35, F
Yes I have HD quality video of myself having sex,with my boyfriend and also with other men.
+ 2

MasterDvdC · 61-69, M
Never have but would be interested. The closest I have gotten was when my 1st wife took a picture of me as I walked naked across the apartment with a raging hard on.
+ 1

NaughtyForeever21 · 18-21, M
Yes I do it a lot. Especially husbands like to take my vids with their wives. Then they also share with me.
+ 1

ekwalizur · 36-40, M
Sure have! I would have started earlier but the technology wasn't quite as available back then
+ 1 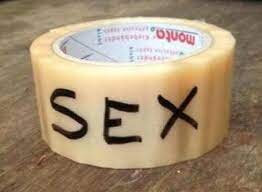