Have you heard of Veronica Wolski, anti mask, anti vaccine

MistyCee
At base, most of them really are children of the same foul spirit, bent on exercising their freedoms to hurt others, imo.

Back in the day, for example, bombing abortion clinics was extreme. Nowadays, it's a game of encouraging idiots to do things like that and then pretend they're tourists or patriots who didn't get the signals right.

The thing is, the crazies, as McCain said, have been woken up, and they vote.

And, let's face it, crazies don't make sense to people thinking rationally or in the long term interest of the majority of the human race.

But they're damned useful as a means for short term profit for those who can exploit them.
+ 1

MistyCee
[@619287,Jwalker] He's the most interesting of this thing, really, because he actually seems to have some of the political/psychological savvy that Trump did with a bit more political experience and intellectual ability.

DeSantis is the kind of guy that I think could really build on Trump's message and make it seem less Batshit crazy, but I think his problem is he still is relying on the Batshit crazies, and can't grab the megaphone away from Trump yet.
+ 1

Notmesam
I hope her fam, friends and followers find peace and open their hearts to the truth.
+ 1

causernamebemyusername · M
The antivaxx people have always been pro murder. They are just in the last few years becoming bold enough to say the quiet part out loud.
+ 0 · Reply · Sep 13, 2021 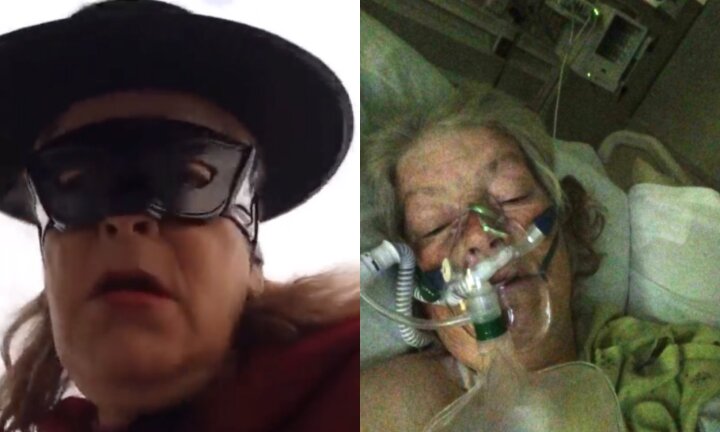