Can someone please talk some sense into me?

I matched with a girl on Tinder today and we basically talked all day, got to know each other first and talked about our interests and hobbies, etc., then later she was live streaming on Twitch (playing games) so we were basically talking and getting to know each other more while she was playing, and eventually she was getting really flirty with me, saying how she was cold and wanted snuggles, so I just took the risk and offered some, and well... she very clearly liked it.
We basically role played for a bit, starting with me typing *snuggles* and her replying *snuggles tightly and licks cheek*...

But here's the thing; I've sworn to myself to never ever get my hopes up again. I've gotten somewhat close to multiple girls before, but every time they'd end up disappointing me in some way, whether it be ghosting me or suddenly losing interest in being more than friends (not even necessarily being together, but like fwb, for example). And well, I feel like my hopes are getting up again after this. The whole day I'd been able to keep them down, I'd just go along with whatever would happen, but after she called me cute and we role played for a bit I'm feeling my emotions getting involved, and I hate it. I'm tired of being disappointed, and I'm certain this time won't be any different. She'll definitely either ghost me or suddenly want nothing more.

BeefySenpie · M
Don't talk all day. Ask her to meet up if you're keen and her answer will tell you if there's any real initial interest
+ 1

SumKindaMunster · 51-55, M
Go get her dude. Make plans to spend time with her. Don't be awkward, shy and tentative. Go see her, and tell her how much you enjoyed your chat together and you were hoping to take it to the next level. 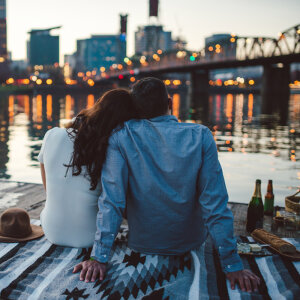