Do You Live In Houston?

Dozens of tornadoes have ripped through the Houston area…yikes.

TexChik · F
Tornados there, snowing here. The farm got 3 inches or snow and a lot of ice today
+ 3

cherokeepatti · 61-69, F
@TexChik Not sure how much we got but we were getting some heavy snow for awhile. Supposed to keep on till about 10 or so tonight.
+ 1

TexChik · F
@cherokeepatti My farmer told me a solid 3 inches...Which is so awesome. We needed the moisture.
+ 1

cherokeepatti · 61-69, F
@ShenaniganFoodie We’ve only had one bear in my city and that was a year and a half ago and they killed him because he wouldn’t tranquilizer 😖 Nobody was happy about that. Every once in awhile a mountain lion will stray through the area but they are generally shy. A pair was seen at home where the owners were gone for Thanksgiving weekend. They had gotten on their front porch and one was laying in the porch swing. I have to watch out for black widow spiders outdoors, they like to build under the eaves of the back of the house…my grandma got bit by one. Also have copperheads and rattlesnakes here. I don’t walk outdoors at night during the warm months without a flashlight. Sometimes scare a snake when I am doing yard work and can smell it when they throw off a musky stink smell.

Mosquitoes in Australia are a big concern for me. My mother got malaria when she was stationed in Brisbane during World War II. Other women stationed there also got it. Because the Army didn’t supply them with summer clothing and all they had was the winter clothing they had when they were sent there. Too hot to wear that in the evening and they would remove them leaving their arms bare and vulnerable to mosquito bites. It ruined my mother’s career and health for life. She got nervous system damage from a high fever and had to be airlifted back the USA and hospitalized.
+ 0 · Reply · 4 days ago4 d
Translate

ShenaniganFoodie · 36-40, M
@cherokeepatti
[b]Australia is free of endemic malaria, but Australians can catch the disease when travelling to tropical regions in Asia, Africa, and Central or South America[/b]

JesseInTX · 51-55, M
I’m a few miles west of the city limits. Out here it was just heavy rain and high winds. On the east side of I-45 is where the worst of it was. The tornadoes and flooding.
+ 1 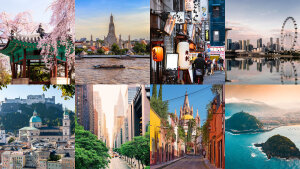