Did you think Acting Sec. Modly was trash before?

How about now? Read the transcript of his stumping speech bashing on the former captain. Many sailors in the room were saying things like, "What the f*ck?" and "He [Crozier] was trying to help us!" as the not-even-real Secretary of the Navy Modly attacked him repeatedly; called him naive, a betrayer, stupid, a martyr, while threatening indirectly anyone who would consider taking a similar action.

"Don't you dare rat us out, no matter how shitty we are!" The man's an embarrassment to the uniform he was handed after they forced out Spencer.

Direct quotes from it: sorry, I'm very upset with this trash heap of a human being in a position that should be filled with an honorable person.

[quote]So think about that when you cheer the man off the ship who exposed you to that. I understand you love the guy. It's good that you love him. But you're not required to love him.[/quote]

[quote]Because it is the mission of the ship that matters. You all know this. But in my view, your Captain lost sight of this and he compromised critical information about your status intentionally to draw greater attention to your situation. That was my judgment and I judged that it could not tolerated from the commanding officer of a nuclear aircraft carrier. This put you at great risk even though I am certain he never thought it would. I'm certain he loved you all, as he should. But he lost sight of why the TR exists and fate brought you all together in the middle of this COVID crisis.[/quote]

[quote]I cannot control or attempt to change whatever anger you have with me for relieving your beloved CO. If I could offer you a glimpse of the level of hatred and pure evil that has been thrown my way, my family's way, over this decision, I would. But it doesn't matter. It's not about me. The former Vice President of the United States Joe Biden suggested just yesterday that my decision was criminal. I assure you it was not. [[b]BACKGROUND YELLING: WHAT ARE YOU...[/b]] Because I understand the facts, and those facts show that what your captain did was very, very wrong, in a moment when we expected him to be the calming force on a turbulent sea.[/quote]

[quote]Still, I understand you may be angry with me for the rest of your lives. I guarantee you won't be alone. But being angry is not your duty.[/quote]

whowasthatmaskedman · 70-79, M
I have a feeling that once the coming election is over there is going to be several revolving doors installed in the Whitehouse and other federal buildings. A mass sacking as Trump appointments are tossed and hopefully shammed and a few heading for the door to avoid extradiction. Everything he has touched has turned to 💩💩
+ 3

LvChris · 41-45, M
@whowasthatmaskedman I'm hoping, but states like Wisconsin are up to some serious election shenanigans. They screech about "rights to vote," but in truth it's about trying to get another conservative on the state's supreme court bench so they can axe over 240k people from the voting rolls before november.

“The things they had in there were crazy. They had things, levels of voting that if you’d ever agreed to it, you’d never have a Republican elected in this country again. They had things in there about election days and what you do and all sorts of clawbacks." ~DJT 2020

“I don’t want everybody to vote. As a matter of fact, our leverage in the elections quite candidly goes up as the voting populace goes down.” Paul Weyrich 1980
+ 2

whowasthatmaskedman · 70-79, M
@LvChris Okay. Skipping over the point that stating those opinions publicly really should call into question ones right to hold public office, lets move to the idea That maybe its time for people who dont see things that way to move to someplace not operating under the feudal system.
+ 2

Pretzel · 61-69, M
I suspect the good captain was aware that someone would leak his letter and make it public - and weighing the possible embarrassment to his superiors and the possible disclosure of the ship's readiness against the crew....

he opted for the crew and fell on his sword.

I suspect he was not up for admiral and would have had to retire in the next round or two of promotions - but that's purely a guess.

I'm guessing somebody is already signing him up for a civilian job.

Thank you for your service, Skipper
+ 2

sarabee1995 · 26-30, F
I'm just a lowly LtJG, but what Capt Crozier did was inexcusable. It is incomprehensible that it was an accident. The only reasonable conclusion is that he intended for his letter to be made public. An intentional breach of security that high in the ranks could not go unpunished. 🤷🏻‍♀️
+ 0 · Reply · Apr 6, 2020
Translate
View 12 more replies »

BiasForAction · M
@BiasForAction BTW, many an officer followed a rule that in retrospect should have not been followed. And vice versa. Circumstances matter. I am a rule follower, too, but rules are not sacrosanct.
+ 1

PTCdresser57 · 61-69, M
Modly should be fired. The worst he should have done was reprimand the Captain privately. The Captain was looking out for his crew...period. If Trump doesnt fix this he is just as guilty as Modly.
+ 1

BiasForAction · M
I suspect that he was talking that way to one person in particular so he could keep his job.
+ 0 · Reply · Apr 6, 2020
Translate
7,126 people following
Military & Army Personal Stories, Advice, and Support 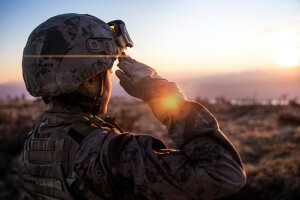