And can I just say, although the competition is a lot harder, it's so much more fun as well. 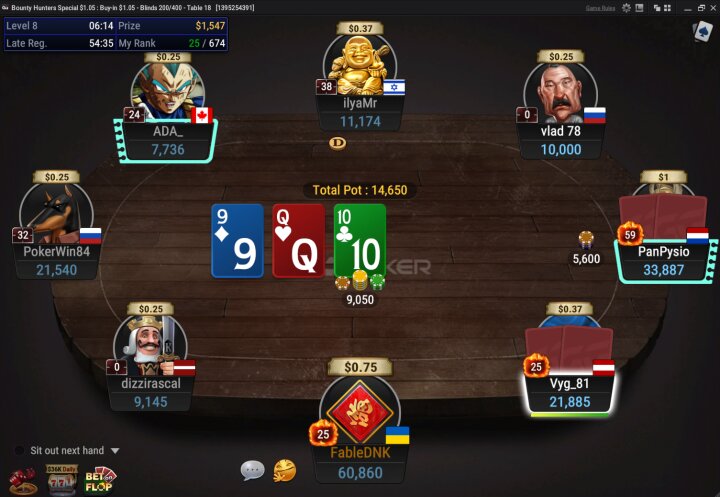 Elessar · 26-30, M
I've been on PokerStars throughout the whole time of the first COVID quarantine

Never heard of this one
+ 1

Fable · 26-30, F
@Elessar You should have heard of it actually, it's not a small site, but I do feel like it's very catered towards people who play on phones, tablets etc. They often have very good prizepools, and if I'm not mistaken, also better rakeback than pokerstars.

Both GGpoker and pokerstars have tough opponents, compared to 888poker. 888poker have poor prizepools, not as many players online, and many freerolls.
+ 1

Fable · 26-30, F
@MrBrownstone You need to understand ranges. When you were young, a person's range was vey tight. That's not the case today online, particularly in tournaments, it's more complicated, and I'm certainly not a poker genius myself today.
+ 0 · Reply · Jul 23, 2022
Translate
80 people following
Poker Personal Stories, Advice, and Support