How many years have you been on social media.

From EP to SW.

Blondee · F
Several years.
First was the old MySpace, then EP, a few others I don't recall, then here, and then FriendProject and just joined SpaceHey, a fun site like the old MySpace. Lots of people on there and you make friends way quicker than on here.
+ 1

ragingfire · 31-35, M
My first social media was answerbag in 2007. I was just 17 when I joined it. Never had facebook, twitter or anything else. Answerbag had some great people in there who never discredited my opinion because of my age.
+ 0 · Reply · 4 days ago4 d
Edited: 4 days ago 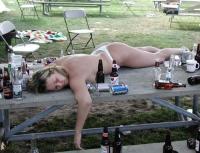