The Cost of Concordia - The Novelization Pt. 2: The Rescue Previously, on t... | I Love Cruises | Similar Worlds
I Love Cruises
Follow
Random
No Notifications
Only logged in members can reply and interact with the post.
Join Similar Worlds today »

The Cost of Concordia - The Novelization Pt. 2: The Rescue

Previously, on the Cost of Concordia...

Captain Schettino calls the Costa crisis unit. He tells them that they've hit a rock, that they're assessing damages and that they are also in a blackout. The crisis office says to reverse the ship up onto to shore (they can't, of course, because they don't have power to the rudder, let alone the engine.)

Around this time, wind direction creates a starboard list and the ship begins to turn anyway, drifting right back towards the shore which is a very good thing because you want the ship to end up as close to shore as possible.

A panicked passenger senses that something is off. This isn't like any electrical problem she's ever seen. Plus, there was a massive crashing noise and now the ship is tilting! So, she contacts her daughter in Italy. Her daughter then calls the police and the police call the harbormaster.

While that goes on, a conversation between the chief engineer and the bridge...

They're saying at this point, that the ship is going down.

Passengers begin going to muster stations on their own initiative.

The cruise director says "We have a lot of people at muster stations that I do not want to fall overboard. Do we make an announcement to tell them to go to the lounges?" The second captain answers "I think that's best."

The harbormaster from Livorno calls the ship. The captain tells them...

The harbormaster is suspicious. He says to his superiors that he thinks something more is going on. He calls a patrol boat to the area and asks them to look at the ship.

Another problem: the fan on the emergency diesel generator isn't working properly. The chief engineer manually has to turn the thing on and off with a screwdriver so that it doesn't overheat and cause a fire.

The captain is on the phone to the lower decks asking pointless questions like...

The captain is essentially in denial of the situation.

The harbormaster calls again. Finally the captain says "The ship is taking on water through an opening in the left side and the ship is listing." He qualifies with "No one dead or injured." (he's lying. that is not something he could know) The harbormaster asks if he needs help. "Just a tugboat." When in reality, they need a full rescue.

With three compartments flooded, the captain finally realizes that things are really bad and they are not going to improve.

The coast guard orders every available ship to the scene.

Meanwhile up with the passengers, the cruise director's assistant tells them everything's under control and to please return to their cabins or hang out in the lounges. She said this despite knowing it was wrong and that it further endangered lives. Most passengers at this point though aren't listening to this nonsense and they're busy figuring out how to abandon ship.

Local television has already picked up the story and they begin broadcasting live radio feed from the bridge.

Second captain: "Captain, the passengers are going on board the boats." 😟
Captain: "Okay. Let them go to shore." 😥
Third officer: "So then general emergency?" 😧
Captain: "Wait, er, let me to talk to [the crisis unit]!" 😰

The chief engineer calls the bridge and tells the safety officer...

Chief engineer: "We risk the emergency generators that do not have cooling. It has cooling problems, 100 degrees. The cooling fan has stopped."

He then tells them that they need to evacuate. The safety officer relays this to the captain but after no response, he orders the engine room to evacuate on his own.

A crew member asks the captain "So what shall we do? Shall I give the emergency signal?"

The captain tells the crisis unit that he's abandoning ship.

The captain then gives the orders to abandon ship.

Another announcement is made:
"Ladies and gentlemen, your attention please. The situation is under control, please remain calm and at this time, please proceed to your muster station. They're located outside on deck 4."

The chief engineer shuts down the emergency generator for the final time.

The first rescue vessel arrives. By this point, the lifeboats are already going. Luckily, the ship is very close to shore.

Perhaps [i]too[/i] close to shore. The ship forcefully runs aground, creating an uneven center of gravity and it begins heavily listing starboard.

The captain issues a general emergency on board. The announcement to abandon ship is finally called and alarms ring out. With that comes panic and now that they're listing with many lifeboats too awkwardly positioned to enter the water, there aren't enough readily available and they have to start going back and forth to the shore picking people up and dropping them off.

The patrol boats report to the Livorno harbormaster that the ship has run aground and is listing heavily. So the harbormaster asks the captain about it and the captain says "No, no, no, no, the ship is still floating! In fact, we're trying to maneuver it onto the shore." They know he's lying.

The captain says to bottom out the starboard anchor, so they drop out the anchors but drop out too much chain, effectively rendering them useless.

The deputy mayor of Giglio arrives at the harbor and watches the scene unfold.

Schettino tells everyone to leave and to take radios (a preparation order for abandoning ship so it can be done in an organized and orderly way,) but not before changing out his uniform and into a nice suit (priorities *wink*) The second and third officer leave with him.

By this point, approximately 300 people are still on the ship.

The helicopter commander reaches the helicopter base. The first helicopter - a slow-moving Agusta Bell - was already rising from the tarmac for the hour-long flight south.

The second captain and another officer are the last crew member left on the bridge coordinating evacuation. They then leave to help passengers board lifeboats. The bridge is now abandoned.

The ship's black box stops working. Apparently, there are technical problems with it. (that means from here on, things are not going to be super accurate in detail)

A while later, rescue helicopters arrive, but they're having trouble finding the ship because they're expecting it to still be well above water.

Passengers are scaling down the port side by ladder as lifeboats return to pick them up.

A second helicopter - a faster model - sets off.

The ship stop heeling and comes to a final resting place.

Now the coast guard captain Gregorio de Falco calls Schettino because he's just learned that he has abandoned ship. Schettino makes up some story about having slipped off the ship and fallen into one of the lifeboats and says now that he's on board one, he may as well head back to shore. But de Falco tells him to get the fuсk back on board...

de Falco: "Listen, Schettino: There are people trapped on board. You now take your lifeboat below the bow of the ship, starboard. Are we clear on this?" 🤨
Schettino: "Well, captain, let me tell you one thing-" 😥
de Falco: "Speak up!" 😠
Schettino: "Well, the ship is now... I am here in front of..." 😓
de Falco: "Captain, speak up! Place your hand in front of the mic and talk loudly!" 😤
Schettino: "Captain, right now, the ship is listing." 😥
de Falco: "I got it! There is people going down the bow ladder. You go up that ladder instead, you board that ship and report to me as to how many people and what they have on board. Are we clear on this?" 😡
Schettino: "Uh-" 😰
de Falco: "Look, Schettino, you may have saved yourself from the sea but I will really hurt you. I will cause you a boatload of trouble! Get back on board, for fuсk's sake!" 🤬

The captain makes it ashore.

It is said that Giglio's police chief finds over a hundred survivors on the rocks at Point Gabbianara and among them is the captain. It is not known whether the captain helped anyone while he was there and in fact, the police chief claimed he just sat on the rocks and watched other people do the rescuing.

A while later, a rescue boat picks up the captain and takes him to the harbor. He speaks to the police. He then finds the ship's on board chaplain and cries to him for about 15 minutes. Then he goes to the harbormaster's office to receive probably the biggest dressing down of his entire life.

But then he perked right up again and gave an interview to a news crew. He told them that he was the last to leave!

Reporter: "The captain is usually the last to abandon ship. What happened captain?" 🧐
Captain: "We were the last to leave the ship." 😇

All day, they rescue and search for people on the ship...

On Sunday morning, a South Korean couple is found in their cabin safe but shivering. They had slept through the crash and woke up unable to exit their cabin.

The last survivor - the cabin service director - was found with a broken leg.

In the end, 32 people died (33 counting a salvage worker who died in an accident on the ship 2 years later during the recovery.) The final body wasn't discovered until nearly three years later - a crew member Russel Rebello. It's believed he died a hero as he was last seen helping passengers off the ship.
[center] 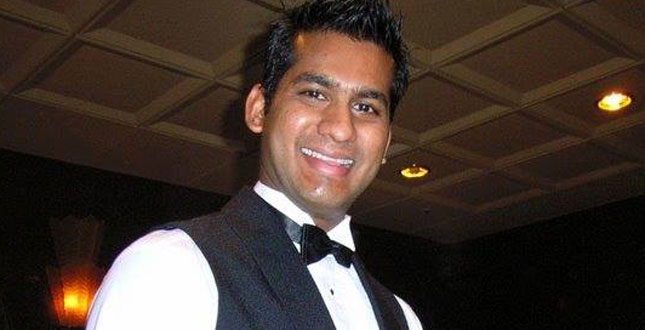 [/center]
The Costa Concordia was the largest cruise ship disaster since the Titanic.