Woes of the modern internet 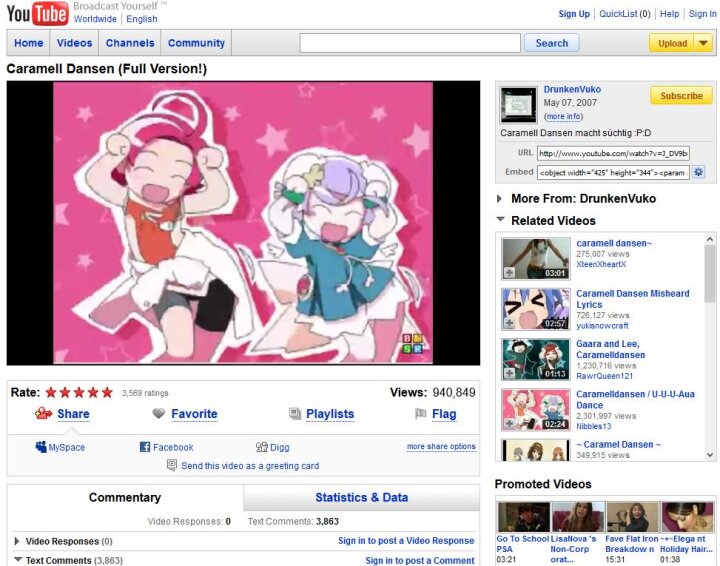 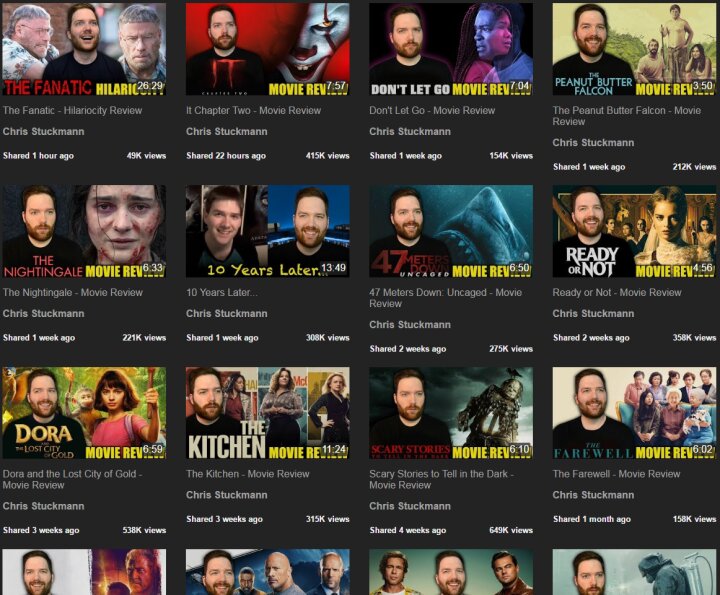 As someone who was raised on the internet and a vintage tech connoisseur, I feel the decline of the internet in the past 5 years or so has been extremely noticeable. Memes are progressively becoming more unfunny and unoriginal, censorship is becoming more and more common, privacy and data collection is getting out of hand, and the internet is becoming more consolidated into the same 5 websites (Youtube, Twitter, Facebook, Instagram, Reddit, etc). And don't even get me started on the whole poorly written Javascript aspect. Who doesn't love 15 MB webpages that eat all the RAM and CPU of your old computers? The internet is starting to feel less like the "wild west" we all love and know, and more like a soulless corporate entity.

A lot of people complain that the internet feels overly politicized now, which I do agree with. It is nice to take a break from politics and the news every now and then. I don't think the problem is inherently with politics itself though. Rather, I feel a lot of discussions on the internet have become overtly negative, and political discussions feel like they have gone from a well-intentioned debate into a contest to see how many "boogeyman" labels can be slapped onto a person. Regardless of your political stance, the fact that you can lose your livelihood over something offensive you said on the internet is completely ridiculous. Unless the person is encouraging violence, or is somehow a detriment to someone's life, then there is no reason for it. Adults disagree with things sometimes. That's the way of the world.

This sort of ties into my previous point, but something else I dislike about the "new" internet is the fact that everything feels so serious and forced all the time. The internet used to be a hobby that you did in your spare time, and it was fun. Nowadays the internet is "serious business" and you are practically forced to use it whether you like it or not. Gone is the days of just loling to cats on the internet or creating a silly rant about a game you dislike. Now everything has to be serious and proper. You have to check the facts before you make something. If you use one offensive term, expect the PC mob/law enforcement to come busting down your door and shut down your website. It's hard for anyone to enjoy the internet, or hell, any form of discussion AT ALL when we are censored like this.

Another thing that kind of annoys me is the current state of web browsers. Now this isn't really an issue with the modern web persay, since I would argue the only good web browser(s) we had in the past was Netscape Navigator. Anyways, the only "good" web browser out right now I would argue is Brave. And even Brave has a few things I find annoying about it. Brave is a resource hog since it is chromium-based, there's no way to disable auto-updates without messing with the DNS, and uphold has a lot of issues. All other web browsers suffer from incompetent developers, lack of functonality, poor UIs, and/or privacy issues. I definitely think we are in desperate need of a better web browser. Ideally one that:
* Uses GTK
* Has a clean UI, similar to old Firefox/Pale Moon
* Has a builtin adblocker and HTTPS only by default
* Has no malicious spyware functionality, and any analytical features are completely opt-in.
* Is toaster PC friendly and grandma-friendly certified™.

Finally, the last nail on the coffin, the centralization of the internet. Back in the 90's and early 2000s, there used to be all sorts of different websites, all made by different people, and all with their own unique community. Now here in 2021, most people use the same handful of websites, all owned by a handful of corporations. If you are into gaming, you are expected to use Discord. If you want to socialize with your friends and family, you are expected to use Facebook. Back in the day you used to have all sorts of gaming forums, all for their own game, instead of just only Discord. You could use E-mail or IMs to communicate with your friends or family.

Yes, I realize that not every aspect of the old internet was completely golden. There have been genuine improvements with the modern internet like the TOR network protocol, or better web hosting opportunities. Hosting a server used to be pretty expensive back then, now it's relatively cheap. My main wish is that we go back to the wild west styled old internet, but with the technical limits of the modern internet. That is all. Thank you for reading. =D

lostradio · M
[@336516,MartinTheFirst] That is true and I 100% agree. You can only do so in a way where your "online" identity is not linked to your IRL identity. Even on anonymous image boards, your usage of grammar can be linked with your previous posts.
+ 0 · Reply · Jun 4, 2021

The Internet was not devised originally as a "hobby" service though. Tim Berners-Lee (a CERN physicist at the time) envisaged it primarily to assist people like scientists and official institutions in their work. The "social media" aspects came later.

The technical improvements in the Internet and in computers generally, of course, also mean that as rapidly as the developers make the electronics more powerful, the handful of US-based corporation who have taken over the Internet, fill up the newly-available space and power with yet more meretricious rubbish and gimmicks.

What should be default, I believe, are:

- Toolbar menus for "News", "Entertainments", "Sports", "Advertisements" etc., so the contents (I abjure the trades illiterate use of "content" there) of these appear only at user's request not as automatic browser-clutter.

- A complete ban on so-called "personalised advertisements", their concept as ugly as their name.

- One-and-for-all users' control on so-called "cookies". Why a programme is named after a biscuit I cannot imagine but I want to set the filters as I wish knowing they will remain set, and for all browsers and the e-post system, when I turn the computer off.

- Readily-navigable web-sites, and decent on-line Help and Instruction features. Those for IT and telecomms seem among the worst. It took me a lot of circular trawling to find the phone number on BT's appalling "Help" site. Help-by-menus are necessarily very limited, "Frequently Asked Questions" usually and thinly replace any attempt at real instructions. The best sites I know for contents, clarity, ease and efficiency include those of independant retailers of specialist goods and services; and of the NHS, gov.uk and my area's council. Others, such as the on-line catalogue for B&Q, have gone down-hill - though that firm is not my first choice anyway.

- YouTube, stop interrupting videos with ads. It is very irritating to lose parts of something of genuine interest and information to pointless, childish commercials every few minutes, for nothing relevant. It is also extremely patronising by calling me incapable of concentrating for more than five minutes before needing an interval of utter vacuity. The ad is worth no attention at all, but the option to "skip" it is given very grudgingly a few seconds into it, hoping you will stay with it. Put the ads between the videos, if at all!

They won't of course. Facebook, Google [i]et. al.[/i] are predicated on we being the service to them and their commercial clients, not vice-versa; and I refuse point-blank to use Facebook. I don't know SW's policy on this, as like Facebook it has its business overheads and profits to pay; but it does not show me advertisements. Unlike EP, which would put up dating-service ads for fictitious women eerily within a few miles of me.

Regardins the amateur fascists, I imagine there have always been people like that, unable to accept differing opinions, but the Internet-based, anonymous anti-social media has made life far easier for them.

There are though signs of hope. Not just the startling gains against crime gangs by the FBI and a similar in Europe a few months ago, but also the less-widely reported arrest of a man in Singapore for on-line abuse of a footballer in England.

lostradio · M
[@519706,ArishMell]
Yeah, I remember reading about the internet in its early days with APRANET. The earliest I ever experienced was Dial-up internet on an old WinME PC. I grew up kind of poor as a kid, so I saw a lot of old tech people my age have never even heard of, like the Commodore 64, or the Sega Genesis. Needlessly to say, I just love the simplicity of old tech. Modern tech in a lot of ways feels very bloated, "smart people proof", and generally tries to prevent you from truly getting under the hood as much as possible. Nowadays I use a Thinkpad X220 with Linux for most of my daily tasks, and I'm pretty happy with it. I recently hooked up an eGPU to it so I can play my games lol.

As for the ads, have you tried using adblocking extensions like UBlock Origin? Also, if you haven't already, consider switching to Brave. It has features that should be default in a browser, like adblocking, fingerprinting protection, etc. There's also Bromite for mobile which is a privacy-respecting fork of Chromium.

My motto in life is pretty simple: I really don't care what people do in their free time, as long as they are not hurting themselves or others. Of course, I do encourage people to better themselves, but I'm not going to barge their door down with an axe and force them to change their life. People often come to those decisions on their own.

The rampid censorship of the internet tires me. SW isn't as bad as something like say Facebook with the censorship, but I do see posts on here getting kink-shamed from time-to-time, or people getting their posts shut down because they said something against the mainstream narrative about Covid-19, or endorsed Trump for example. Everything feels so black and white and boring. Like everyone is putting on a face for someone else.

Of course, it's easy complain about the poor sides of the modern internet, but there are also good sides as well. That's mainly why I made this post- to hopefully bring light to these issues. I feel when it comes to tech in general- it often pays to have the nice mix in between retro and modern. We should go back to having minimalist webpages that are javascript-free, while also having the security of the modern age, and advancements in intenet connections.
+ 0 · Reply · 2 days ago2 d
73 people following
I Love the Internet Personal Stories, Advice, and Support