I own a restaurant. I pay to have the rest rooms cleaned hourly. Having the... | Miscellaneous | Similar Worlds
Miscellaneous
Follow
Positive
No Notifications
Only logged in members can reply and interact with the post.
Join Similar Worlds today »

I own a restaurant. I pay to have the rest rooms cleaned hourly. Having the homeless bath in them regularly is costly enough more to have them cleaned

MarmeeMarch · M
Simple - when a bum walks in, kick them out. I can't believe how good I am at solving problems.
+ 1

QueenandCrown · 36-40, F
That's why a lot of restaurants and businesses stop allowing non patrons to use their restrooms.
+ 2

MarmeeMarch · M
[@484541,QueenandCrown] I used to get mad at the stores because they dont have public bathrooms - then one day I walked into one at Burlington Coat factory and saw something familiar on the floor in front of the toilet.
Fucken bums find one and camp out for hours and hours. No consideration that this is a public utility not your personal retreat.
+ 0 · Reply · 3 days ago3 d

cherokeepatti · 61-69, F
That’s why business owners around here have posted signs on the doors that restrooms are for customers only. Even laundromats and Dollar Tree has done this.
+ 4

cherokeepatti · 61-69, F
[@1158,jackj] yeah. The owner of the car lot where I worked has an ‘out of order” sign on his bathroom. He doesn’t like paying $150 to get the plumbing unclogged because someone flushes paper towels down the toilet, not to mention extra cleaning.
+ 2

HannahSky · F
[@1158,jackj] I get it. I don't think anyone is forced to allow the public at random to use private bathrooms.. Are they? More of a courtesy if they do.
+ 1

kodiac · 18-21, M
That can cut both ways i guarantee if a homeless guy got enough money to eat in your restuarant, he couldn't because he's too dirty. Same with the stores they won't even let the homeless enter.
+ 1

cherokeepatti · 61-69, F
[@665475,kodiac] he was a very destructive narcissist. The only reason he married my mother was because she was a disabled Vet and on 100% disability. He didn’t treat her with respect at the very least and was violent other times. Made her pay bills & stuff so he could drink up his disability. He murdered her when I was 12.
+ 1

cherokeepatti · 61-69, F
[@665475,kodiac] all of my sisters are seriously mental though, I am the only one that hasn’t been hospitalized. I had to pray to get through a lot of things especially with my father and that’s how my faith was built.
+ 1

yogibooboo · M
So let's have the homeless shit in the street. That's what they deserve right....for being homeless?
+ 2

MarmeeMarch · M
[@615618,Oberon1] We are also great producers - we feed the world - we medicate the world we send our men to die for other nations we teach the world - we are a nation of immigrants. I am not trying jack -s-hit. I am telling it like it is. There are only a few types of homeless out there -

1) the down and out - aged or used to work but got laid off or fired or companies went to China and are now producing the items you are buying on Amazon or Walmart. Child slavery is very good for China's bottom line I suppose. They should be ashamed of themselves - and you should be ashamed for buying Made In China - I am when I do.

2) the mentally ill - which we should be taking them in to evaluate them - council them and if need be medicate and treat them.

3) the criminal - with the criminal mind that will soon end up dead or in jail in both cases I could care less about them as they are no benefit to society.

4) the home grown run of the mill BUM - that just refuses to work - again I could give a rats a-ss about these BUMS they are worthless and do not serve me or society. All they do is take up space and shake a Burger King cup in my face begging for money.

Rosey · F
There's a couple of small coffee shops near me that got frequented by drunks sitting in the toilet for hours at a time while they got so drunk they passed out. They had to put a lock on the door to keep them out
+ 2

Oberon1 · 56-60, M
[@426791,Wiseacre] Do you not understand that millions and millions of people are born without families? Does that mean they are not human? How about those bloated belly skeleton babies in the Horn of Africa? They should keep out of your viewing area also>? These people surprise and grieve me.
I thought they were all Christians.
They don't know the slightest thing about Jesus from what I have seen here tonight. 😭
+ 0 · Reply · 3 days ago3 d

Eddiesolds · 56-60, M
I think it's nice that you let them use your bathroom.alot of people dont.Thankyou for helping them.
+ 1

Oberon1 · 56-60, M
Well, I am seriously depressed to find my comrades in such a low estate. I am still the deplorable I always was, but I believe the Words of my Lord and Savior, Christ Jesus, who is in complete disagreement with your selfish heartless drivel.
We can do better.
When cities are burning, and crime is increasing up to 800% we can do better than to let the starving mentally ill defecate and urinate upon themselves in our streets.
+ 0 · Reply · 3 days ago3 d 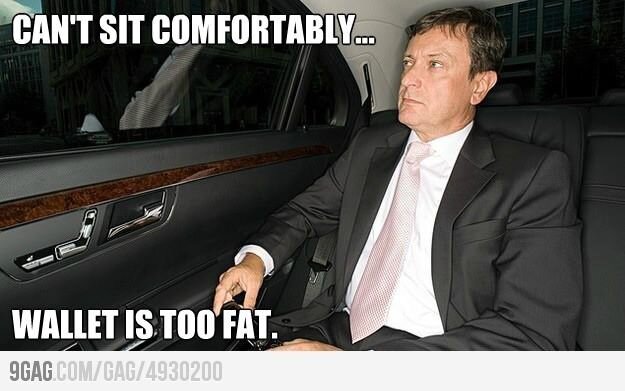 LadyBronte · 56-60, F
Homelessness is a nationwide problem these days - albeit worse in some areas than others. Can you enact a key system or something for patron use only? I don't honestly know what is allowed in the restaurant business.
+ 0 · Reply · 2 days ago2 d
27355 people following
Miscellaneous Personal Stories, Advice, and Support