Curios how when people think of fascism they always think Nazi German. Neve... | Miscellaneous | Similar Worlds
Miscellaneous
Follow
Asking
No Notifications
Only logged in members can reply and interact with the post.
Join Similar Worlds today »

Curios how when people think of fascism they always think Nazi German. Never Spain which was fascist from the 1930s until the 1970s. 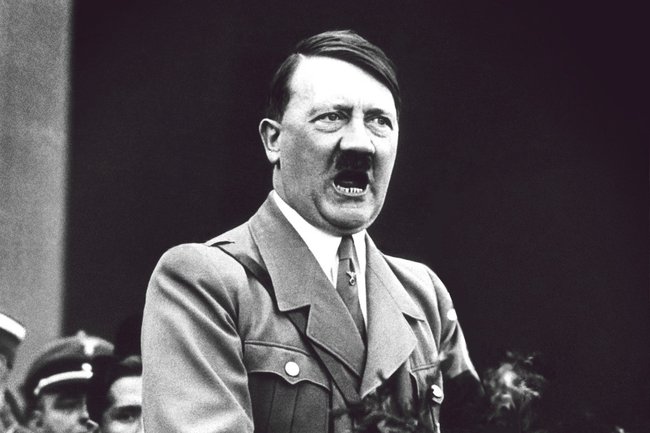 bijouxbroussard · F
Nazism was an extreme type of fascism, with the Holocaust and racist doctrines. Spain’s fascism was more focused on nationalism, wasn’t it ? 🤔
+ 1

Straylight
[@401815,KaliKali] Is fascism the new communism? That’s just what people call things they don’t like?
+ 1

· Reply · 3 days ago3 d
This message was deleted by its author.

It was the battle of Cable Street on Sunday, October 4th, 1936 that put a stop to that before it could continue any further, with many of the people in Cable Street shouting "Down with Mosley! They shall not pass!" as they fought the BUF's, using anything they could lay their hands on as an improvised weapon.
+ 1

samueltyler2 · 70-79, M
Because of how bad the facism in Germany was, Italy was an ally, and a fascist state, but you are right, we immediately think of Nazi Germany.
+ 0 · Reply · 3 days ago3 d

Haroldhugh · 51-55, M
We must remember that all pigs are equal, however some pigs are more equal than others...it is how it starts.

The quote is actually 'all animals' but this one seems to be remembered.
+ 1

DeWayfarer · 61-69, M
Fascism is just another fancy word for dictator. It allows one person and only one person to dictate. And therefore has nothing to do with culture or cancel culture.

Going by some of these threads in here. Referring fascism to anything but dictatorship is totally ridiculous.

Doesn't matter if his name was Hitler, Mussolini, Fraco or even Napoleon Bonaparte who was before all of them. At least he admitted he was a dictator instead of hiding behind misrepresented ideas of governing.
+ 0 · Reply · 3 days ago3 d
Edited: 3 days ago
This message was deleted by the author of the main post.
27355 people following
Miscellaneous Personal Stories, Advice, and Support