Home Groups People
Went out to dinner the other day and saw this artwork on the wall It was a ... | Miscellaneous | Similar Worlds
This post may contain Mildly Adult content.
Miscellaneous
Follow
Mildly Adult
No Notifications
Only logged in members can reply and interact with the post.
Join Similar Worlds today »

It was a series of photographs of plastic figurines of sheep and pigs in weird poses on a pink background - purely awful!

But what was shocking, was one had them wearing kkk hoods. 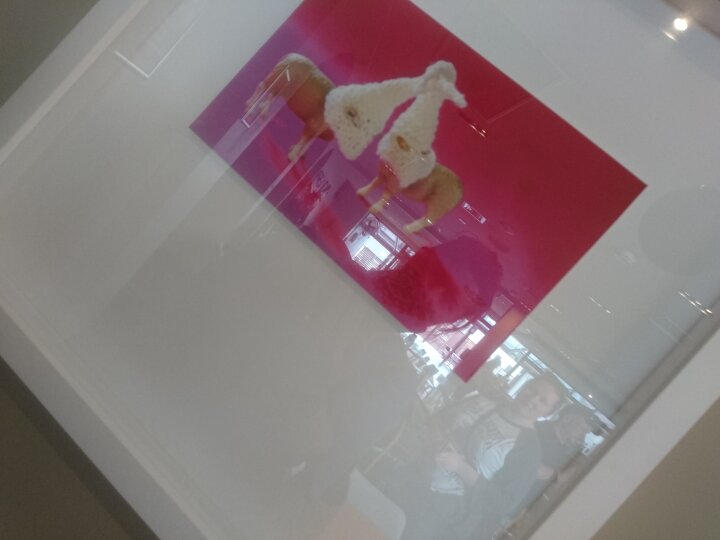 Donotfolowme · F
You are the only one wearing a mask and I couldn't make a head or tail of that work of art.
+ 1

paperlace
sheep in hoods is quite the statement
+ 1

Johnblackthorn · 56-60, M
Sometimes art is a statement, in this case a statement concerning the perceived mentality of sheep(followers of the crowd and not free thinkers) and racists.
+ 1

OogieBoogie · F
[@1049557,Johnblackthorn] I don't care the statement this time - it's still offensive!

Johnblackthorn · 56-60, M
[@912138,OogieBoogie] to find it offensive is a touch strange, however it's placement is equally strange because it "normalises" kkk hoods admittedly on animals, there are many cases where political statements are made, especially where racism is concerned, only for the statement to be lost because the audience didn't understand the statement behind it,British 80s sit coms suffered from this, specifically alf garnet in "til death do us part" he was taking the piss out of racist behaviour, unfortunately it made racism funny and as such actually promoted it!
If art needs explaining it's placement should be thought about carefully.
+ 1

OogieBoogie · F
[@1049557,Johnblackthorn] I agree - art can be contextual... And a.resturant is.no place for something like that!

I believe in freedom of expression.

Shutterbug · 51-55, M
It will be art that is meant to shock and make you uncomfortable?

Though I hope it wasn’t created with grant money
+ 1

Pfuzylogic · M
Looks like the tips of their hoods are interlinked. I believe they are going for the shock value.
+ 1

Pfuzylogic · M
[@912138,OogieBoogie]
That definitely mocks any concept of aesthetics. I couldn’t even consider it Dada.
+ 1