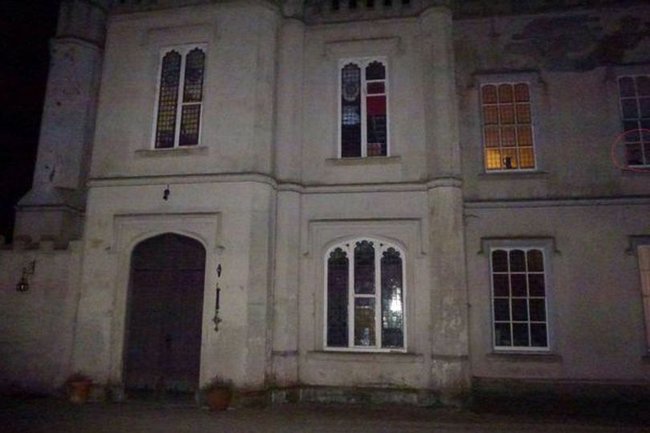 A Story 135 Years in the Making
The Benedictine Sisters of Mt. Angel have a long history of service to the Church and the people of Oregon and the Pacific Northwest. Queen of Angels Monastery was founded in 1882 by Mother Bernardine Wachter, who led a group of Sisters from Switzerland to Oregon. The Sisters initially settled in Gervais, staying for awhile in an abandoned saloon. In 1887 the community acquired land in Mt. Angel and, with help from local folks, began building their permanent home, which would serve as a mother house and boarding school. The original building was completed in 1888.

The Sisters' had a long standing commitment to helping the poor. It was

a Catholic school for many years, then a boarding house helping children

that had no place to go. In 1957 it was turned into a nursing home and that's how my story there begins...

I had a terrible fall down a flight of stairs that landed me in that nursing home 2 years ago. I use to live in the area and had been told by many residents that the place was haunted. I never thought I'd find that out! On my first day there I was getting things put away in a tiny nightstand by the bed when I heard 3 loud knocks on the door, no one was there? I told one of the nurses and they said it must be the children welcoming me?! She said one patient there asked to please have the kids in the hallway to be quiet, but there hasn't been children there for many years now.

I didn't like my room because of the banging on the door and asked to be moved. As I waited for a new room a nurse told me she'd put a "do not disturb" sign on my door, they couldn't figure out who was banging on it. Then when I got my new room the nurse apologized to me saying she doesn't know what happened to the sign....the knocking had continued.

I was happy in my new room, it was much quieter. Then on the second day loud banging came from the cabinets?! There's no way anyone could even

fit in there?! It happened twice, 4 or 5 loud knocks from inside the cabinet!

Then it never happened again.

I was there a month so I got to know the nurses pretty well. On my last week a young girl came into my room real early in the morning, they all KNEW I didn't like to be woken. I heard this loud HELLO! I had my back

turned to who ever it was. I rolled over to look at her with a not so very pleasant look on my face. She looked so young, with long black hair, no makeup. She was a natural beauty and just stood there smiling. I rolled back over on my side. Then I realized the nurses only came in to give me medication and water, she hadn't offered me a thing. I turned to look at her again and she was gone?!

They had put the "do not disturb" note on the door to my new room too, but it always disappeared. On my last day I asked one of the other nurses who this young pretty nurse was because I'd never seen her before. I asked if she was new after describing her to a few of the nurses. They said there was no one at all that fit my description working there, plus they aren't allowed to wear their hair down like that while at work. When they left the room I realized I had come face to face with one of the girls who use to live at the Benedictine back in the late 1800's!

fazer1k · 56-60, M
[@364304,Peaches] Another question in my mind is, as you have had these experiences for so long, whether they are related to something about you rather than any particular place. Believe it or not I used to visit a few places said to be haunted but never experienced anything yet others say they have many experiences. I wonder...🤔

Peaches · F
[@190949,fazer1k] I DO wonder that?! No matter where I go something happens, but things are more active lately than ever! I've also had MRI's and CAT scans because my mom died of an aneurysm. So I KNOW I'm not crazy, hahaha!😎
+ 1

Peaches · F
[@438210,Eddiesolds] It was the original building, it's been redone now. People said after all the kids where gone they'd still see them at the windows?!😲
+ 1

· Reply · May 28, 2018
Translate (BETA)
4335 people following
I Am Interested In the Paranormal Personal Stories, Advice, and Support